More information about our past fellows can be found on CGPH's website here. 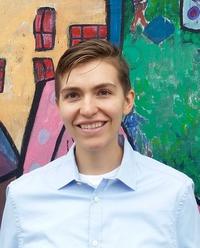 Lee is a Chicano future family physician in the UC Berkeley-UCSF Joint Medical Program who is passionate about ending health disparities. Lee want to create change for marginalized populations – including LGBTQ communities, Latinos, and immigrants – through community organizing, advocacy, and research on social and structural determinants of health.

Research summary: Homeless youth are quite disproportionately transgender, and no published peer-reviewed research has yet explored the health needs of this population. I spent the summer conducting semi-structured qualitative interviews, asking youth what health concerns they see within their transgender homeless youth communities. So far, all youth I've asked have said that they are concerned about mental health (including depression, anxiety, PTSD, loneliness, and suicidality), hormones (access, syringe access and disposal, and access to maintenance bloodwork), and HIV and other STIs. When asked what is missing in order to be able to improve their communities’ health, youth are describing the need for transgender-specific clinics, open to all transpeople and not limited to youth; mental health support lines for transgender youth; and more opportunities to socialize with and/or more support groups with other LGBTQ youth. I'm continuing to conduct interviews and analyze results, with the hope that the social and structural factors highlighted in this ongoing study could point to modifiable targets for health and wellbeing interventions by service provision organizations, clinics, and at policy levels. 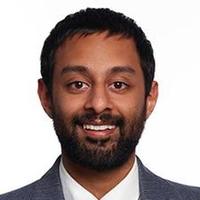 Anoop is the founding director of Sanitation and Health Rights in India (SHRI), a non-profit that combats open defecation in rural India. He is also a doctoral student at UC Berkeley, where he is researching the social determinants of open defecation.

Research summary: The proposed research examined what, if any, benefit adolescent girls who live in rural India, and who are married before the age of 18, gain from interacting with a community health worker using a new mobile health application. These adolescent girls are susceptible to a variety of health complications, particularly if they are nursing infants. It is important to understand which interventions help improve their health outcomes, as well as the outcomes of their children to prevent morbidity and mortality. Thus it is critically important to understand whether or not this mobile app can serve this purpose. 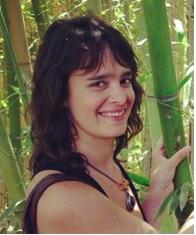 Research summary: Kelly spent the summer conducting interviews with trans, genderqueer, and non-binary adolescents (ages 16-20) in both New York City and the Bay Area. Kelly's interviews explored participant’s experiences of gender-based minority stressors as well the psychosocial resources that they identified as protective against minority stressors, such as social support, community resources, and safe spaces. She conducted a total of 50 in-depth qualitative interviews with 28 participants across both sites. The study included two types of visual qualitative methods: “lifeline interviews,” in which participants drew visual depictions of their lives displaying significant events in chronological order, and “photo elicitation” interviews, which were guided by photographs that participants took based on prompts relating to the study themes. 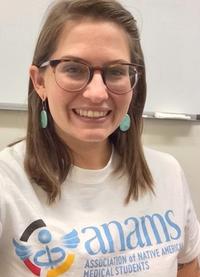 Carolyn is mixed heritage Anishinaabekwe (Sault Ste. Marie Ojibwe) who moved to California in 2003 to attend Mills College, where she studied Ethnic Studies. Carolyn is a student in the UC Berkeley-UCSF Joint Medical Program. She plans to work as a primary care physician and clinical researcher with Native American communities.

Research summary: Her research project focused on adolescent participant data from the Gathering of Native Americans (GONA) intervention. The GONA is used to build self-efficacy, prevent suicide as well as substance abuse, and raise cultural awareness in indigenous communities. This study utilized data from the Oakland Native American Health Center and Fresno American Indian Health Project GONAs. This study engaged a mixed-method approach to analyzing the 2012, 2013, and 2014 data in order to answer the primary research question: Among adolescent American Indians, what is the relationship between participation in the Northern California Gathering of Native Americans and resilience? See this article for more about her research. 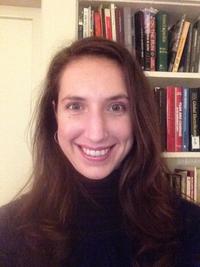 Juliana is a PhD student in anthropology at UC Berkeley. She has conducted fieldwork in Senegal since 2013, applying her research on media, health, and sexuality to sex-education curriculum development and HIV/AIDS prevention in collaboration with Senegalese state and NGO actors.

Research summary: Her study examined communication barriers between adolescents and elders on matters of sexual health in Kolda, Senegal, a region officially marked by and popularly stigmatized for elevated rates of HIV/AIDS, underage marriage, and teen pregnancy. As international sex-education initiatives advocate changes in parent-child communication around sexual health, this study probed the implications of existing kinship relations and intrafamilial communication norms for the successful adaptation of international sex-education curricula to local contexts. This project had broader import for adolescent health on the continent given the elevated prevalence of HIV/AIDS among Africans under 25.